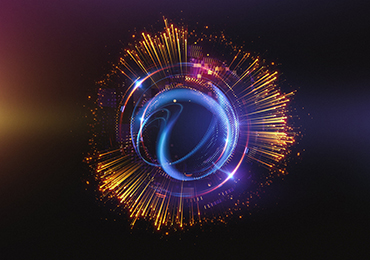 In contrast to traditional medicine, which perceives the human body as a sum of various organs, quantum medicine develops a more holistic approach according to which the organism is made up of particles that emit a vibratory field. The ensemble of particles forms what we can call a consciousness, i.e. an energetic space in which waves are the carrier of information. The physical body is only the material expression of the energy.

Health is managed by the exchange of information between cells, the biochemical relationship is really only the result, the body of matter depends entirely on the embodied consciousness. Thus, symptom and pathology are the result of an anomaly in this information or exchange.

You know that throughout your life experiences, your consciousness accumulates a lot of information resulting from tensions, frustrations, violences suffered and adaptations in relation to certain emotional wounds. All this information remains stored in your consciousness and therefore leads to erroneous exchanges that are the basis of physical dysfunctions (symptoms, pains, diseases), emotional (e.g. depression), behavioral (repetitive choices, blockages, addictions). Your consciousness thus emits a set of vibrations that attract the necessary experiences to your evolution.

According to quantum principles, there is no time or even space, and quantum energy is intelligent. In simple terms, this means that consciousness knows how and where to go to get this or that information, and that elements of the past are completely accessible. Thus, if wrong information acquired ten years ago is brought into coherence, the modification is instantly reflected everywhere and all the time. The possibilities are potentially unlimited, but they are limited by the security mechanisms of one's own consciousness. So if you have created several mechanisms nested on top of each other, some information may be inaccessible during a given state.

Finally, your thoughts also interact within your own consciousness. Past choices influence the future (at any given time, certain choices will make possible futures less available), but the future also influences the past (e.g., strong intent in one direction will create the circumstances in the past for the future to take place). And all is fair.

How can this be done? Access to these techniques is only possible from a non-mental state, because it is necessary to access unconscious data to resolve a cause that occurred at another time, according to sometimes complex constructions whose solution is not conceptualizable. The answer is therefore not in an analysis that you would make from a book, this one is addressed to the mind, it only allows to understand on the surface certain mechanisms which will undoubtedly hide the cause or the effect, or create a mechanism of control over the effect without ever fully solving the cause.